Young Journalist arrested in Lagos, a signal or…? 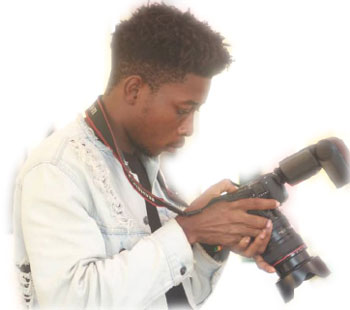 Journalists adds value to the society. The sacrifice a lot to keep the society informed as well as worked hard to ensure our society is free of any form of injustice. In doing this. Their lives are often endangered because of overzealous law enforcement officers.

Few days ago, the military invaded offices of a known Nigeria prints, locked their offices and arrested some of their officials. It took the intervention of the Federal Government before situations came back to normalcy.

Just today, a newspaper report that a young photojournalist, Yinka Badmus, had been in custody and detention of the police for about 5 days now/

Even though our focal point as an organization is not majorly on advocacy and journalist’s rights so to say, but   we are concerned here because the journalist involved is a young man, 24 years old. If we must change Africa media narrative, we cannot continue to harass and intimidate our next generations of practitioners and think things will change overnight.

What really raised our concern also was the fact that the story allegedly claimed the offence of the young journalist was his hairstyle. The Police felt he was looking like a cult member. He was initially detained for three days. It was also alleged the young man was denied his right to reach any of his relatives or employer within the first three days of his detention.

Police and human right education: Nigeria Police still have a long way to go in understanding what constitutes human right and its abuses. Many of the ranks and files of Nigerian Police are behind in this area.

Media related NGOs: We thing civil societies working on media rights and associated causes need to be more up and doing. We need to be our brothers’ keepers and act as fast as possible when there is a perceived injustice to one.