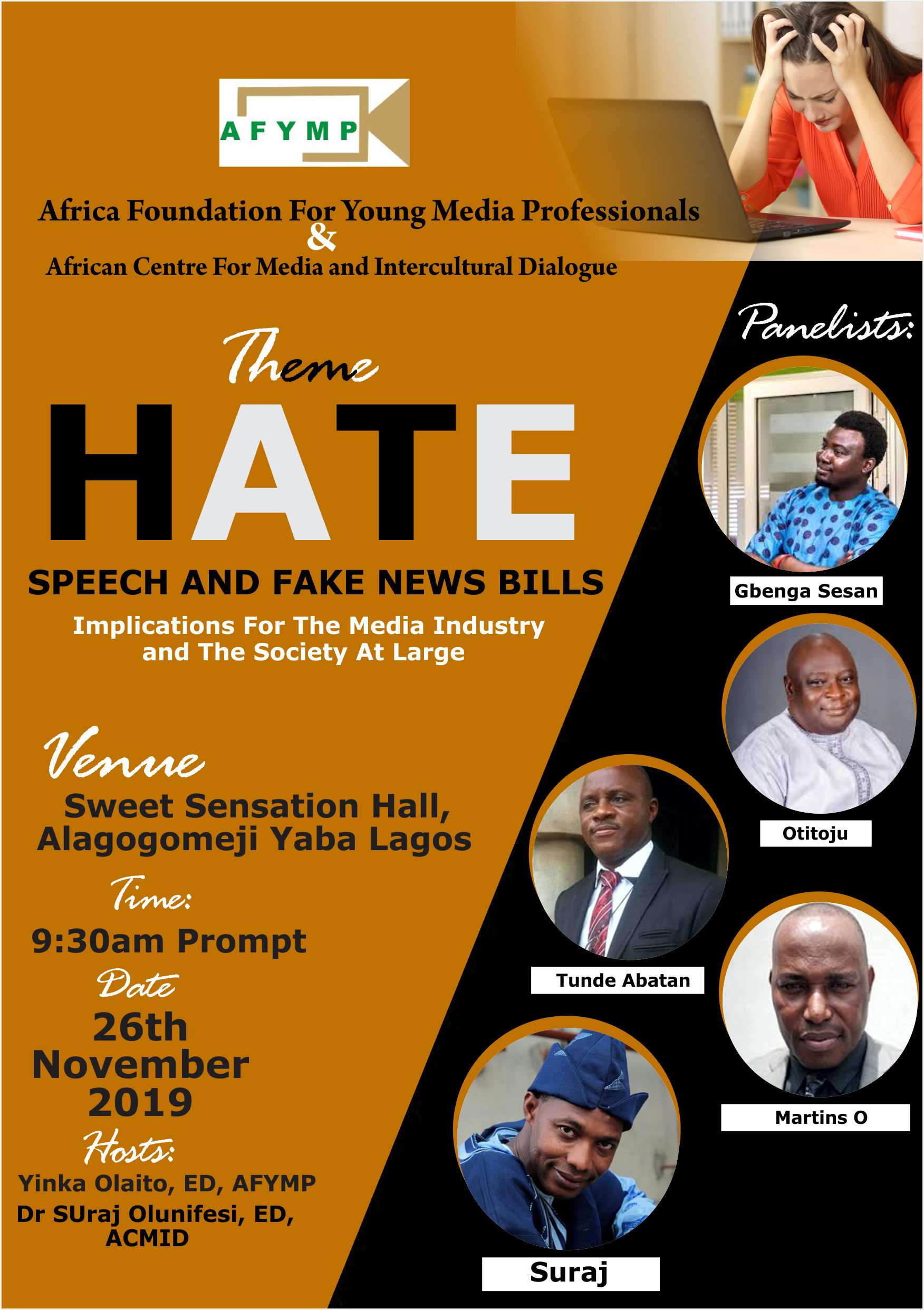 Nigeria senate is currently debating what we considered obnoxious bills. The attached punishments, which include death sentence, had been condemned. Yet the speed at which the bill went through second reading show there may be ulterior motive behind.

No one argues there should no level of moderation. A guide of a sort is necessary. In advance countries, legislation is moving in the direction of platform owners and not the users. We mean where true democracy operates. Nigeria operates a democratic system of government, so when there seems to be be a deviation, there Is a cause for alarm.

It is the level of desperation at which the sponsor’s are pursuing these bills that give observers a concern. There seems to be ulterior motives, given the sponsor and the bills’ advocates’ antecedents. As concerned organization, we believe evil is not only perpetrated by wicked people,but it Is encouraged by the silence of people who have the knowledge to set right agenda.

There had been public outcry against the two bills. Initially the sponsor refused to back down on the punishments attached which include death by handing. We mean in this age when capital punishment for grievous offences are being campaigned against.

For this reason, our organization, Africa Foundation For Young Media Professionals in conjunction with African Centre for Intercultural and Media Dialogue is putting together a national panel discussion on the issue with with the theme: Hate speech and fake News bills: implications for the media industry and the society and the large.’